The inter-island cattle trade has been going on for a long time between Gorontalo and Kalimantan Island, but this process still takes place naturally without the presence of the government. Recently, most of the cattle from Gorontalo that were traded were forced to pass through ports in Central Sulawesi. This is because many large traders are located in Palu and its surroundings, so that the cattle population in Gorontalo cannot be monitored and on the other hand, regional income is unclear.

Through the Inter-Regional Cooperation program, NSLIC tries to change this pattern so that the cattle trade is more organized and able to create benefits for all parties involved. With the signing of the MoU between North Gorontalo Regency and Tarakan City, cattle breeders in Gorontalo no longer need to send their cattle through ports in Central Sulawesi. They simply head to the Kwandang Port and after undergoing quarantine, the cattle from Gorontalo are ready to be transported by the Cemara Motor Ship (which has a maximum carrying capacity of 550 cows) every 2 weeks via the sea toll road at Kwandang Port, North Gorontalo. 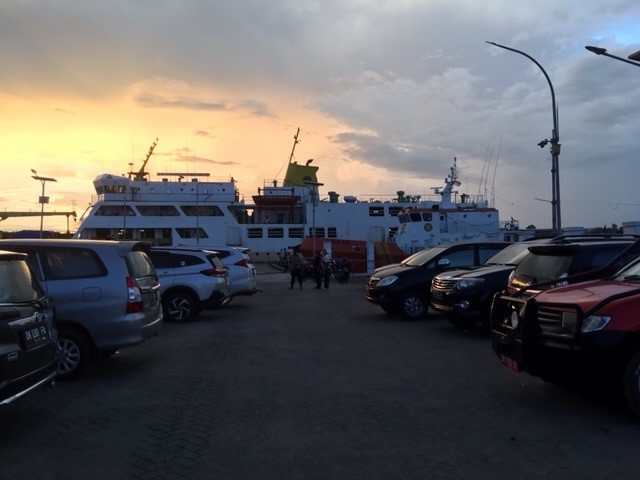 This Inter-Regional Cooperation is not only inter-provincial, but also within the province. Previously, an MoU was signed between the Government of Pohuwato Regency and North Gorontalo Regency in order to support the inter-island cattle trade. This is because the cattle population in Pohuwato is the largest in Gorontalo.

The signing moment was no less special because it took place during the NSLIC Project Closing Ceremony of Gorontalo Province on 27 June 2022. Also witnessing the Regional Secretary of Gorontalo Province, representatives of the Canadian Embassy to Indonesia, Director of NSLIC, Head of Bank Indonesia Gorontalo Office, and Regents/Mayors in the Province Gorontalo.